From Our Blog: Top 5 Ways to avoid downloading fake apps on smartphone 2020 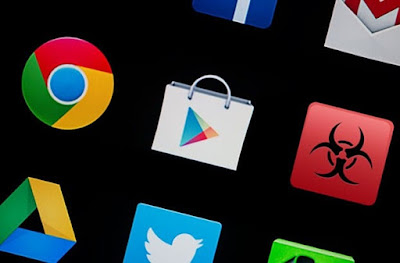 Steps to  Avoid the clutches of fake apps by adopting 5 methods :-

More than one app of the same name will be found on the Google Store. If you want to download the app, there is a big dilemma as to which application is real. For this, go to the app's action and read the developer's name carefully. Developers who create many fake apps also copy the name of the developer of the real app.

So note that no specific hints or letters are written next to the developer's name. Also, the gap between the letters is not given. If so, it is likely that the developer who created the fake app has done this to deceive users.

2. Give special attention to the name of the app :-

Give special attention to the name of the app when downloading any application. Most of the fake app is seen to be named after copying the name of a popular app. This increases the likelihood of such an app being downloaded. Note the spelling of n's name, the color and design of the app's logo, sometimes there is a slight difference between the design of the fake app and the real app.

Use a trusted antivirus to keep your phone away from the threat of any fake app. When antivirus, the phone will warn you when you download that app.

4. Focus on reviews and ratings of App :-

All applications on the Play store have a public feedback system, i.e., common users can respond to that app. Read the review carefully whenever you want to download a new app. Download the app only if the App get 4 star ratings And reviews are positive.

Avoid downloading an app from any third party app store whenever you need to download an app. If you are an Android user, download the app from the Google Play store itself, as all the apps are scrutinized there.